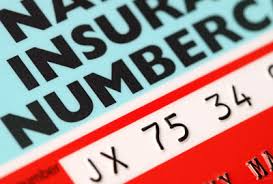 Q. I am self-employed and subject to the Class 2 national insurance rules and I currently pay contributions. Class 2 was about to be abolished but I have heard that this has now changed. Is that correct?

The current weekly for 2018/19 is £2.95 and is based on whether profits are at least equal to the small profits threshold and the number of weeks of self-employment in the year. This is determined when the individual completes their self-assessment tax return and paid alongside their income tax and Class 4 national insurance. Voluntary contributions may also be paid if profits are below the threshold.

The Government had originally planned to abolish Class 2 national insurance contributions from 6 April 2018 but it was announced in November 2017 that the abolition was to be delayed until 6 April 2019.

There has however been a further announcement made (September 2018) by the Exchequer secretary to the Treasury that the government will not proceed with the Class 2 changes following a review of evidence concerning the impact on self-employed individuals with low profits.

It was announced that ‘A significant number of self-employed individuals on the lowest profits would have seen the voluntary payment they make to maintain access to the state pension rise substantially.

‘Having listened to those likely to be affected by this change we have concluded that it would not be right to proceed during this parliament, given the negative impacts it could have on some of the lowest earning in our society.

‘Furthermore, it has become clear that, to the extent that the government could address these concerns, the options identified introduce greater complexity to the tax system, undermining the original objective of the policy.’

It is understood that there are currently no plans to reintroduce the abolition. Watch this space!